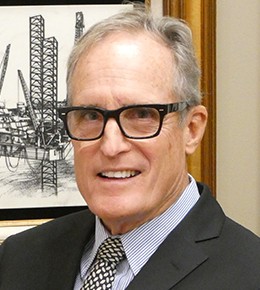 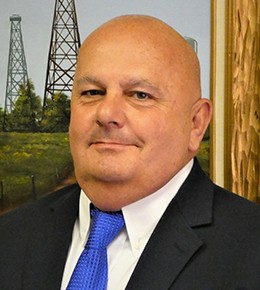 Steve J. Williams is the vice president of Summit Petroleum, Inc. where he oversees the management of Summit’s pipeline, producti...

A Message From Our President

As president of Summit Petroleum, Inc., I am proud to play a role in the energy industry that has taken part in transforming America into the world’s leading energy producer. Thirty-five years ago when I formed Summit, my goal was to drill and produce the best wells technology allowed, making sure that as a company, we took pride in our work, operating at a high level of efficiency and safety.

Safety is the core of everything we do at Summit and remains our number one priority. Our safety culture is deeply rooted in our overall business strategy and success. We are committed to providing the necessary resources, support, and training at the end of the day, ensuring every employee returns home safely.

Summit Petroleum, Inc., Energy Services & Solutions is a growing company in the American oil and gas industry with sights set on new developments embracing technology and expanding our footprint throughout the Appalachian Basin through acquisitions and adding a service division to our business.

I appreciate you taking the time to visit our website and encourage you to do so frequently to learn more about our company and where we are headed.

William Kinney is the president of Summit Petroleum, Inc. and Summit Petroleum Company, Inc., both wholly owned, privately held oil and gas drilling and production companies. As the owner of Summit Petroleum, Inc., he has drilled over 500 wells in Ohio, New York, and Pennsylvania. As a partner with Reserve Energy, Inc., he has leased over 200,000 acres of oil and gas leases for Clinton, Trenton, Black River, and Utica/Point Pleasant development. As well with Reserve, he has over 45,000 acres of wind turbine acreage for either development or resale.

Prior to his work with Summit, Mr. Kinney’s oil and gas experience includes being the assistant general manager, Park-Ohio Energy, Inc., Cleveland, Ohio from 1976-1984. He currently holds the position of director emeritus; board of directors within the Ohio Oil and Gas Association. Previously with the Ohio Oil and Gas Association he served as chairman; executive committee and former president.

Volunteering is an important aspect in Mr. Kinney’s commitment to his community. Most recently, he’s volunteered at University Hospitals of Ahuja on the advisory board. He’s also been on the board of advisors of Northwest Saving Bank since 2007.

Steve J. Williams is the vice president of Summit Petroleum, Inc. where he oversees the management of Summit’s pipeline, production, and operations, ensuring company growth. His responsibilities include leading internal operations, managing customer relationships, and maximizing the company’s performance and financial goals.

Prior to joining Summit, Mr. Williams was the general manager of Velocity Midstream Partners. In this role, he was responsible for all Marcellus and Utica/Point Pleasant business development with regards to pipeline and exploration and production operators. He then moved on to become vice president of operations with Cobra Pipeline Company where he oversaw the initial purchase of the pipeline assets from Columbia Gas Transmission and developed an integrated operations team for gas scheduling, gas operations, and maintenance. He was also directly responsible for several hundred pipeline taps for industrial, residential, and commercial customers. In addition, he spent 18 years with Dominion East Ohio in multiple capacities including distribution, gathering and transmission operations, gas control, gas storage, and gas business development. In these various roles, he was responsible for operating the entire Dominion East Ohio pipeline system in Ohio which included gas measurement and regulation, transmission, and gathering operations.

His interest in the industry started early on in college when he studied Geology at Kent State University. Over the years, Mr. Williams has gained extensive midstream, transmission, production and operational experience in the oil and natural gas industry.